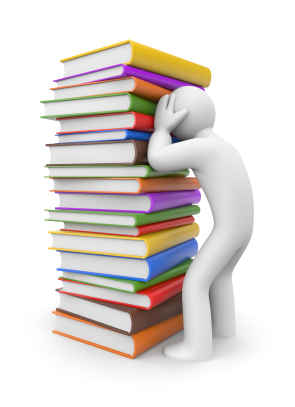 Provincial Sales Tax Rates in BC
PST Filing is Now Online at eTaxBC ...

PST rates in BC returned to pre-July 1, 2010 rates with some tinkering from modernizing the tax administration system.

One important change is that PST is no longer just one set rate. It rate now varies between 7% and 12%.

In this chat, I'm presenting the PST tax rates that became effective on April 1, 2013 along with:

I've presented many things in table format to make it easier for you (and me) to reference.

If you are wondering what the invoicing requirements are regarding the PST rates, remember your invoice MUST list the PST and GST seperately. It cannot be combined into one rate.

If you are looking for a list sales tax rates (PST, GST and HST) for other provinces / territories in Canada, click here for a summary table.

If you are looking for information on shipping out of province, tax tips.ca has an excellent article on this.

A Guide To BC PST
Click on any image below to go to the chat.

QuickBooks created video instructions on how to setup your sales tax codes for PST + GST that came into effect April 1, 2013.  Watch their setup video here. 2013 version R6 and on are preconfigured for BC sales tax.

Here's a pdf listing of what is taxable and what's not and keep it as a handy reference to refer to while updating your price lists and tax tables in your accounting software and cash registers.

It breaks down taxable items along with the applicable HST, GST and PST rates into three time periods:

Effective April 1, 2013, you will have to show two tax rates again ... the PST and GST. You cannot merge them into one amount.

This also means you will have to file two sales tax returns instead of one. The PST reports will now be due at the same time as the GST reports which is a bonus.

Unlike HST which only taxes at the consumer/retail level, PST is levied on production as well as consumption ... which means consumers pay tax upon tax upon tax ... however many stages it takes to get the product to market. These "hidden" taxes are passed onto the consumer in the sale price.

BC RETURNS TO PST

Summary of Announcements
click on link for more information

Click here for links to Certificates of Exemption by Industry AND PST forms that have been released.

There used to be a great article  called "Running Your Home" on the pstinbc.ca or hstinbc.ca. It seems to have gone by the wayside since PST was reimplemented in BC. It was the best source I'd found to determine what is taxable regarding travel, transportation and/or parking issues ... although PST Notice 2012-011 does discuss the issue.

Another example is parking. It does not attract PST but it did attract HST and does attract GST now that we have returned to PST + GST. For those in the metro Vancouver, there is a Translink parking tax but this is not the same as federal or provincial sales tax.

Taxis are also PST exempt so only GST applies.

For hotel rooms, see the following table for the effect of reimplementing PST. It should be noted that the hotel room tax is no longer a separate tax. It has now been incorporated into the PST Act.

There is also a 3% (2% prior to 2015) municipal / regional district HRT (hotel room tax) in some communities. It is accounted for and reported separately from your PST accommodation tax.

For airfares PST rates, see the following table for the effect of reimplementing PST vs HST:

Your BASIC cable and residential phone line will be PST exempt ... but speciality channels or long distance calls are not.

PST is not broken into place of supply categories like HST. PST is not as broad based as HST and is assessed by industry as that is how a PST/RST tax works.

Let's review the HST categories which are broken into four general place of supply categories to help make the transition back to PST:

The PST notices released to date do not seem to deal directly with Internet purchases (i.e. IPP) other than software programs (see Notice 2012-024). Notice 2012-018  on telecommunication services does mention that electronic books excluding audio books and live online/streaming webinars will be PST exempt.

*An exception is builders and contractors of residential properties. Some transitional rules began April 1, 2012. A 2% BC transition tax may apply. See BC HST Notice 12.

The 2% BC transition tax applies to new housing when all of the following apply:

The BC transitional tax is payable by the purchaser.

I THINK (as in not sure) this is what the new rules are saying ...

The BC New Home tax calculator embeds the 2% BC Transitional Tax rules into the purchase price before it calculates GST/HST & PTT.

You report the transitional tax (and rebate) on Schedule A of Form GST34.

I hope you find my PST rates summary table along with the other summaries a useful resource.

It's been great chatting with you .
Your tutor Lake