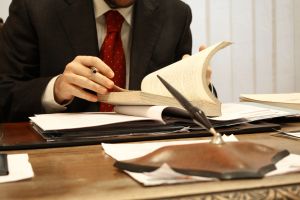 Self employment taxes need to be on your radar if you are a small business owner in Canada or the U.S.

The best way to pay yourself when you are not an incorporated owner/manager/employee is to take a draw.

A best business practice if you want to ensure business success is to make sure you put enough money aside to pay these pesky taxes.

I recommend automatically transferring a minimum of 15% of your net income each month to a separate bank account at a completely different bank with no debit card privileges to take away the temptation to spend the money. If you aren't strong enough to avoid that temptation, then remit the amount each month to CRA as a tax installment. Your total tax bill may not be covered, but it will certainly soften the blow.

Warm up your cup of tea before we begin our chat ...

What is the 2020 FICA tax rate for the self employed individual in the U.S.?

If you are self employed, your self employment income is subject to tax on your net income calculated and reported on Schedule C of Form 1040.

The self employment tax is calculated on Schedule SE on Form 1040. This tax is in addition to employment taxes if you have employees.

You deduct half of your self employment tax on page 1 of your Form 1040.

If your net earnings are less than $400, you have an optional method of reporting your self employment income.

What is the 2019 CPP contribution rate for a sole proprietor in Canada?

The CPP contribution rate / maximum pensionable earnings are released in November every year for the upcoming year. In 2-19, the Liberal government increased the contribution rate from 9.90% to 10.2%. This is the first contribution rate increase since 2003 and is due to the CPP enhancement which will be implemented on January 1, 2019.

If you are a sole proprietor in Canada, you do NOT need to complete a T4 slip for yourself ... that's because you are taxed on your net profits.

When you file your annual tax return, you will have to pay income tax and CPP premiums (both the employer and employee portions) on your self employment income reported on form T2125.

As of November 2009, a sole proprietor has the option to pay into employment insurance (EI) to receive special benefits ... not regular EI benefits.

At some point, you will be making enough income that CRA will send you a notice informing you that you will have to begin paying tax installments. (They calculate the amount owing for you so you don't have to.)

Remember to check with your provincial workers' compensation board to see if you must also pay premiums.

Remember to take note of the following for 2013:

*The U.S. Senate allowed the payroll tax cut to lapse when it passed legislation to avoid the fiscal cliff on January 1, 2013. The bill now goes to Congress. Remember to adjust your 2013 estimated tax payments to account for the 2% increase.

**The taxes were increased to 3.8% in 2013 and expanded to cover wage income and investment income for high income individuals ... defined as $200,000 for single filers and $250,000 for joint filers. Employers are responsible for withholding the Additional Medicare Tax from wages or compensation it pays to an employee in excess of $200,000 in a calendar year.

There were some payroll tax breaks in 2011 and 2012. I'm including these in case you are doing back work and need to remember the sequence of events.

See you on the next page ...
Your tutor Lake

Inquire about my virtual bookkeeping services in B.C. and Alberta today.
I specialize in bookkeeping for small virtual / online service based business owners who work from home.